Other Causes of Weight Gain

HEALTH
Other causes of weight gain - Weight gain does not always come from what you eat. There are many unexpected causes of obesity. Body weight generally increases when the body's calories burned while on the move are less than the calories that come from the food consumed. But besides food, there are many factors that also affect the body's metabolism and body weight. Get to know these factors. 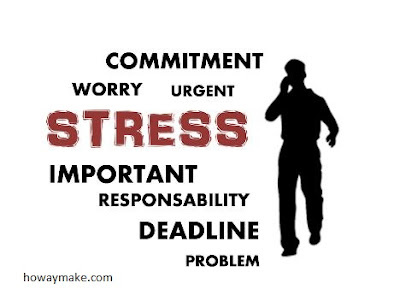 Other Causes of Weight Gain include:

When you are stressed, your body will become tense and produce a hormone called cortisol. This hormone is the main cause of increased appetite which makes it easy for you to eat any food to calm down.

There are several things that make lack of sleep closely related to weight gain, namely:

It turns out that taking certain drugs can cause weight gain, such as:

Read too: Fruit for Diabetics that Are Safe to Eat

Some of the following diseases can trigger hormonal changes that can be a cause of obesity, including:

Lifestyle with all conveniences such as internet access to almost any place can make people sit longer in front of the screen than before. This long-time sitting habit is often combined with the habit of consuming high-calorie snacks that cause weight gain.

Inhaling cigarette smoke makes your heart rate increase 10-20 times more in one minute so that your body burns more calories when you sm0ke. When someone stops sm0king, appetite will increase but this effect will disappear within a few weeks. The benefits of stopping sm0king will be far greater than continuing to sm0ke for fear of being fat.

The extreme diet with the aim of drastically losing weight in a short time is an ineffective way. This method does not train the body to burn large amounts of calories in the long run. As a result, the food you consume will not burn completely and the impact of body weight will rise again quickly.

Reducing the risk of gaining weight

Even though it is more difficult to detect, the causes of obesity can still be managed in the following ways:

Good sleep patterns. Get used to having enough hours of sleep, and start sleeping and waking up at the same hour every day. It's best to use your bedroom only for sleep and s3xual activity.

Ask your doctor before stopping taking certain drugs. If you have experienced weight gain because of taking the drug, you should consult your doctor before deciding to stop using it. You should also be able to ask for alternative treatments that do not pose a risk that can increase body weight.

Active moves. Whether because of drug consumption or because of health conditions, an increase in body weight is generally caused by a decrease in the body's metabolic conditions. Moving actively every day, such as walking up stairs, is a simple way to maintain fitness. Regular exercise can make a person's mood will feel better so excessive stress and depression will stay away.

Understanding fluid buildup due to drug consumption. Weight gain due to the consumption of certain drugs is sometimes only caused by fluid buildup. Increased weight because this condition is not permanent and can immediately disappear after the period of drug consumption. During these times, you are advised to adopt a low-salt diet. Examples of drugs that can increase body fluid content are birth control pills.

Read too:
Diabetics Can Still Eat These Seafood Options
Various Benefits and Nutrients of Catfish